When you see kids bouncing up and down a trampoline, you probably don’t think of it as a form of exercise.   At least not as much as running around the park or on a treadmill.  Just plain old fun at best. But how wrong can you be?

Many of us have been brought up to see jogging as the ultimate workout.  If anything matches up to it at all, it definitely can’t be jumping on a mini trampoline. You might be surprised by what the stats have to say.

You can find out more information on all our rebounder trampoline reviews here.

How Many Calories Does a Rebounder Burn?

Comparing the stats 35 min on the rebounder will burn about 400 calories.  A study which was published in the International Journal of Sports Science stated that jumping on the rebounder was twice as effective at improving aerobic fitness and 50% more efficient at burning fat than running.  Additionally, rebounding has been rated as a moderate-to-rigorous intensity exercise which means it is just about the same level of physical activity and has similar effects on your body as doing a six-mile run for an hour.  Details from a study conducted by NASA and by the American Council on Exercise (ACE) reveals trampolining is just as effective an exercise as running not to mention less harmful for your body. Rebounding is far gentler on your joints than running.

Is Rebounding Good for Your Heart?

Your heart will thank you, according to the study carried out by NASA, both running and rebounding have a similar effect on your heart rate and oxygen levels during a workout.  Rebounding was shown to produce better biochemical results while stressing the heart less than running thus showing it to be a more efficient method of working your heart.

The more recent ACE study reported a level of exhaustion similar to what you would experience in an exercise that is of light to moderate intensity. This suggested that rebounding despite producing similar or even better results as running in terms of cardiovascular activity is actually easier on your heart.

Is Rebounding Good for your Joints?

It’s not only your heart that benefits from trampolining. Rebounding has also been shown to be less strenuous on your bones, muscles, and joints as well.  Running is a high-impact exercise.  A large amount of force is sent racing through your body as your foot strikes the ground hard when running. Whereas for rebounding, the trampoline absorbs most of this force putting less pressure on your hips, knees, and ankles. Running puts, you at a higher risk of getting an orthopedic injury compared to trampolining.

Lace your trainers and run for a mile, or jump on a rebounder? We all know one idea sounds more fun than the other. You probably thought so when you were 10 years old and still do today. The simple fact is that rebounding is more exciting and means its easier to get people to bounce up and down a few times rather than go for a run.  It is a fact that rebounding is good for your body and a lot easier to do than running. You also get to burn some calories as well.  Also, the mere fact that bouncing on a mini trampoline is easier than running leaves enough room to combine it with other, types of exercise. All this jumping at the end of the day adds up to an effective weight loss and cardio regimen for you and makes rebounding a better option.

Then take a look at our homepage for our full list of reviews.

Best Trampoline Reviews is a participant in the Amazon Services LLC Associates Program, an affiliate advertising program designed to provide a means for sites to earn advertising fees by advertising and linking to Amazon.com. 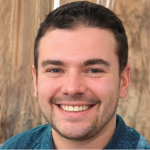